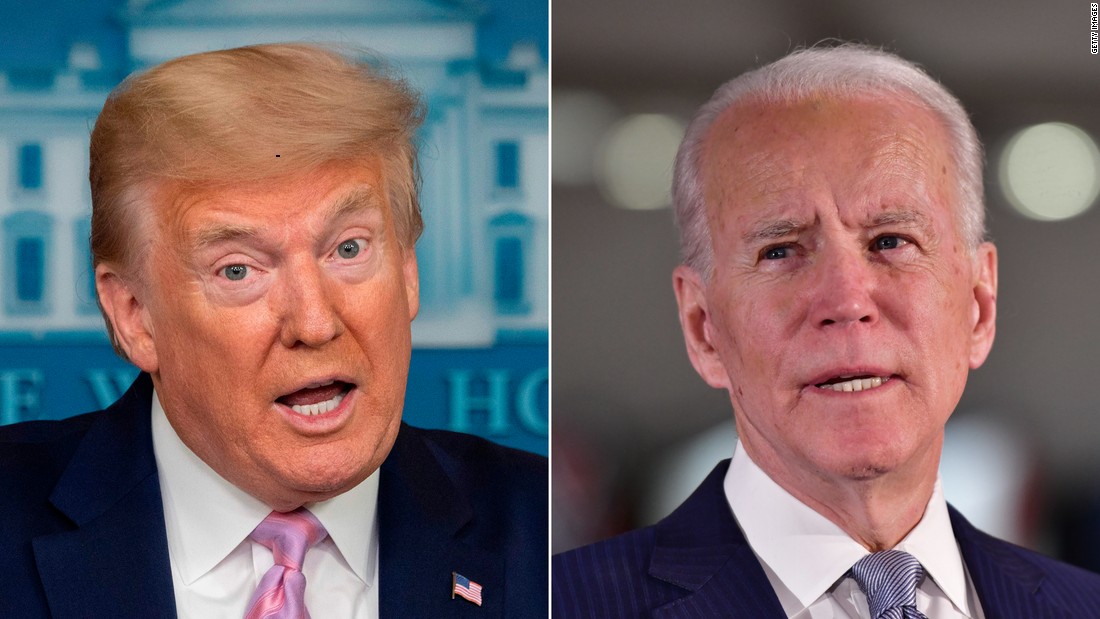 (CNN) The commission tasked with planning the general election presidential debates pushed back against the Trump campaign's request for a fourth debate earlier in the cycle on Thursday, noting that they will only back an additional meeting if both the candidates agree to the contest.
The letter from the Commission on Presidential Debates released on Thursday effectively says there will be no fourth debate unless both President Donald Trump and former Vice President Joe Biden agree to an additional contest and the commission decides to sponsor the event.
Trump's campaign has been calling for a fourth debate in early September for weeks.
It formalized that request on Wednesday with a letter to the commission.
The letter, written by former New York mayor Rudy Giuliani, who represents the Trump campaign on debate issues, argued that the current debate schedule was an "outdated dinosaur and not reflective of voting realities in 2020."
He noted that millions of Americans will have the ability to vote early before the first general election debate in late September.
The commission rejected that argument on Thursday, noting that "there is a difference between ballots having been issued by a state and those ballots having been cast by voters, who are under no compulsion to return their ballots before the debates."
The commission also noted that in 2016, when the debate schedule was similar, "only .0069% of the electorate had voted at the time of the first debate."
"The Commission has found that three 90-minute debates work well to fulfill the voter education purposes the debates are intended to serve," the letter read.
"If the candidates were to agree that they wished to add to that schedule, the Commission would consider that request but remains committed to the schedule of debates it has planned as reflected in the attached release."
Source