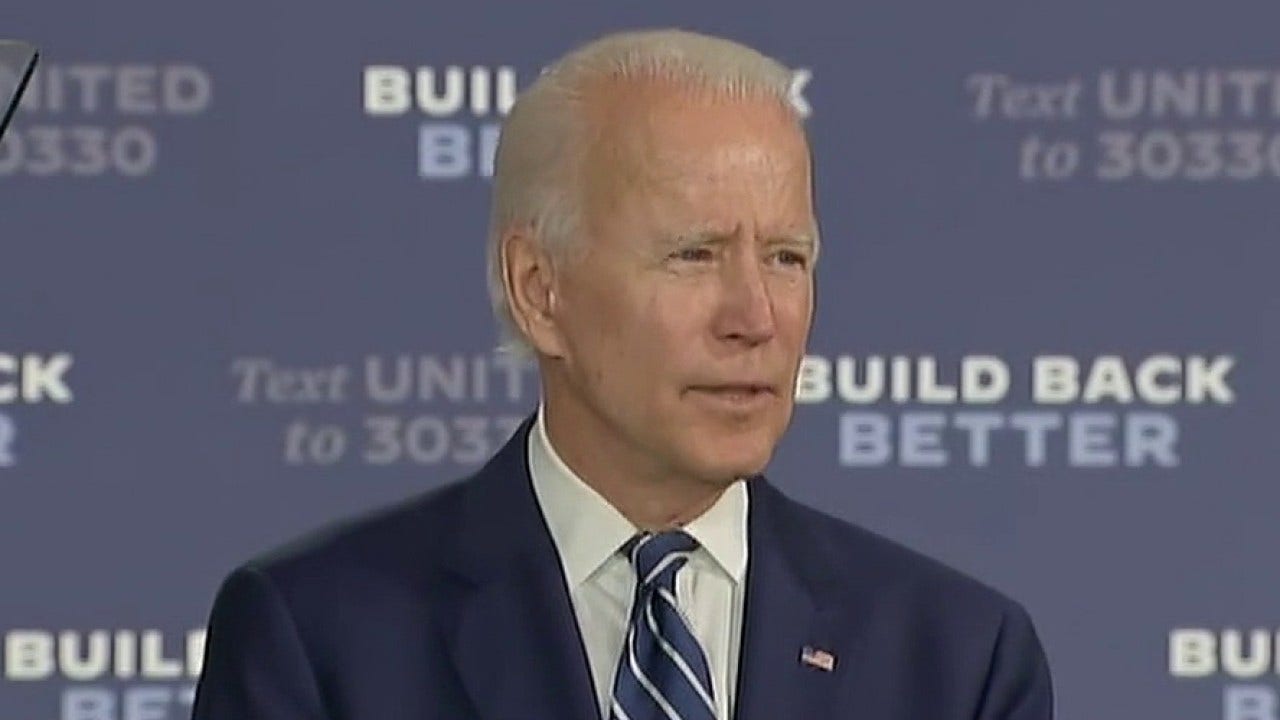 New York Times national political correspondent Jonathan Martin tweeted Thursday that presumptive Democratic nominee Joe Biden's recent stumbles have unsettled party officials and left them "thrilled there is no real public campaign."
Biden raised eyebrows twice this week over remarks during an interview that aired at the convention of the National Association of Black Journalists and National Association of Hispanic Journalists.
In a preview clip released Wednesday, the former vice president snapped at CBS News correspondent Errol Barnett over a question about whether he had taken a cognitive test, comparing it to asking Barnett to "take a test where you're taking cocaine or not."
BIDEN RAISES EYEBROWS WITH REMARK CONTRASTING AFRICAN AMERICAN, LATINO DIVERSITY"What do you think?
Are you a junkie?"
Biden then asked Barnett, who is Black.
"The latest Biden gaffes reflect: a) the real/perceived risk he poses to himself, anxiety he causes in staff and why so many Dems are thrilled there is no real public campaign b) how much Trump was depending on Biden gaffes & how little land they have to live off of now," Martin tweeted.
"Covid and [Trump] admin handling thereof has made this as close to a single-issue election as we’ve had in some time," the reporter added.
"But Trump’s penchant for always being at the center of attention has also overwhelmed Biden’s gaffes."
During the same convention interview, NPR's Lulu Garcia-Navarro pressed the presumptive Democratic nominee if he would "re-engage" with Cuba as president, something she suggested would have an impact on Cuban-American voters in Florida.
CLICK HERE TO GET THE FOX NEWS APP"Yes, yes," Biden responded before the gaffe comparing the diversity in communities of Latino and Black Americans.
He elaborated, "You go to Florida, you find a very different attitude about immigration in certain places than you do when you're in Arizona, so it's a very diverse community."
Source